Asymmetry and Unilateral Work To Make Your Deadlifts Stronger

There’s a million and one ways to learn how to deadlift as a beginner, but what I don’t see enough of on the internet is how to refine the basics once you have those in place. This article aims to go through 2 different exercise options aimed at developing technical prowess in the conventional deadlift by creating and maintaining a 360⁰ brace as well as maintaining proper joint centration.

If you understand a basic hip hinge but struggle with any of the following with your deadlifts, this one’s for you: 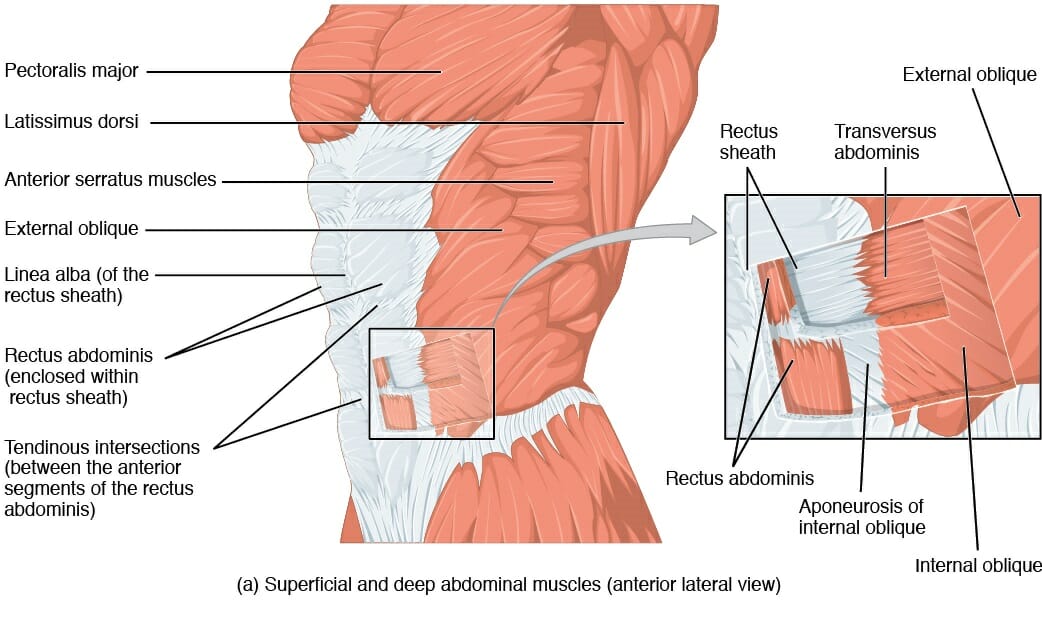 After establishing basic deadlift mechanics (the ability to bend the hips with no spinal flexion and minimal knee flexion), using an asymmetrical load like you would see in the 1 arm DB RDL allows you to load the transverse abdominus (TA) as well as the internal and external obliques) harder due to the fact that the movement becomes not only a deadlift, but also an anti-rotation movement.

Note the fiber orientation of the obliques in the above picture. This makes them powerful (anti-) rotators and a muscle that often gets neglected with powerlifting training. Without getting into the nitty gritty, recruiting them optimally will create a LOT of rigidity in your brace.

While you don’t want to load these quite as hard as you would a split stance DB RDL (outlined later), these can serve as an excellent specific warm-up for your deadlifts as they give you a way to load the pattern you will be training and offer tactile feedback on the quality of your brace.

Once you’re able to access a proper brace, you can train your deadlift like normal. This isn’t news to anybody. Go do your regular deadlift training.

Your secondary or accessory deadlift training is where the Split Stance DB RDL shines. Compared with pure single leg movements like a 1-Leg Romanian Deadlift, split stance options are a great format for powerlifting accessory deadlift training as they allow for you to load the working leg relatively heavily while the trailing leg allows for a more stable platform to train from. By not making this into a circus balancing act, you can focus on creating overload with increased load and volume, as you would in a powerlifting program.

Due to the asymmetrical stance, you are forced to keep proper joint centration at the hip on your working leg so as to not lose your balance or twist from square. With the increased planes of motion that this hip now has to stabilize against, you get a more balanced activation in the hip musculature which is an excellent strategy for getting rid of strength imbalances within a leg (glutes vs adductors, quads vs hamstrings, etc) as well as imbalances from left to right legs.

Barring any huge stability deficits, you should be able to lift 30-40% of your barbell RDL on a split stance RDL). If a lifter has such a stability problem that they are unable to stand on one leg and do a few reps of 1 leg RDLs with 5% of their deadlift 1RM without completely falling to pieces, you should prioritize hip and spine stability training first otherwise there will be far too many compensations when you load a split stance deadlift for it to be a reasonable endeavor. A couple weeks of stability training leading up to split stance training will probably leave you a whole lot less injured and in a position to actually TRAIN the split stance deadlift properly instead of twisting around. Every powerlifter will be different so know your starting point or get assessed by a professional to know which progressions are appropriate for you.

In the name of building your total and mitigating injury risk, I would recommend the following:

By now you should have some ideas on how to further refine your deadlift training with appropriate exercise selection. As with any powerlifting training, certain exercises are better suited to different phases of training and placement within a training session.

Learn Even More About Your Accessory Work

The Definitive Powerlifting Accessory Manual is a successor to this article which covers even more content.

Sign up today and receive our SYPT Deadlift Manual for free! Plus get all our best powerlifting, strength training, and injury mitigation content delivered straight to your inbox as soon as it drops.